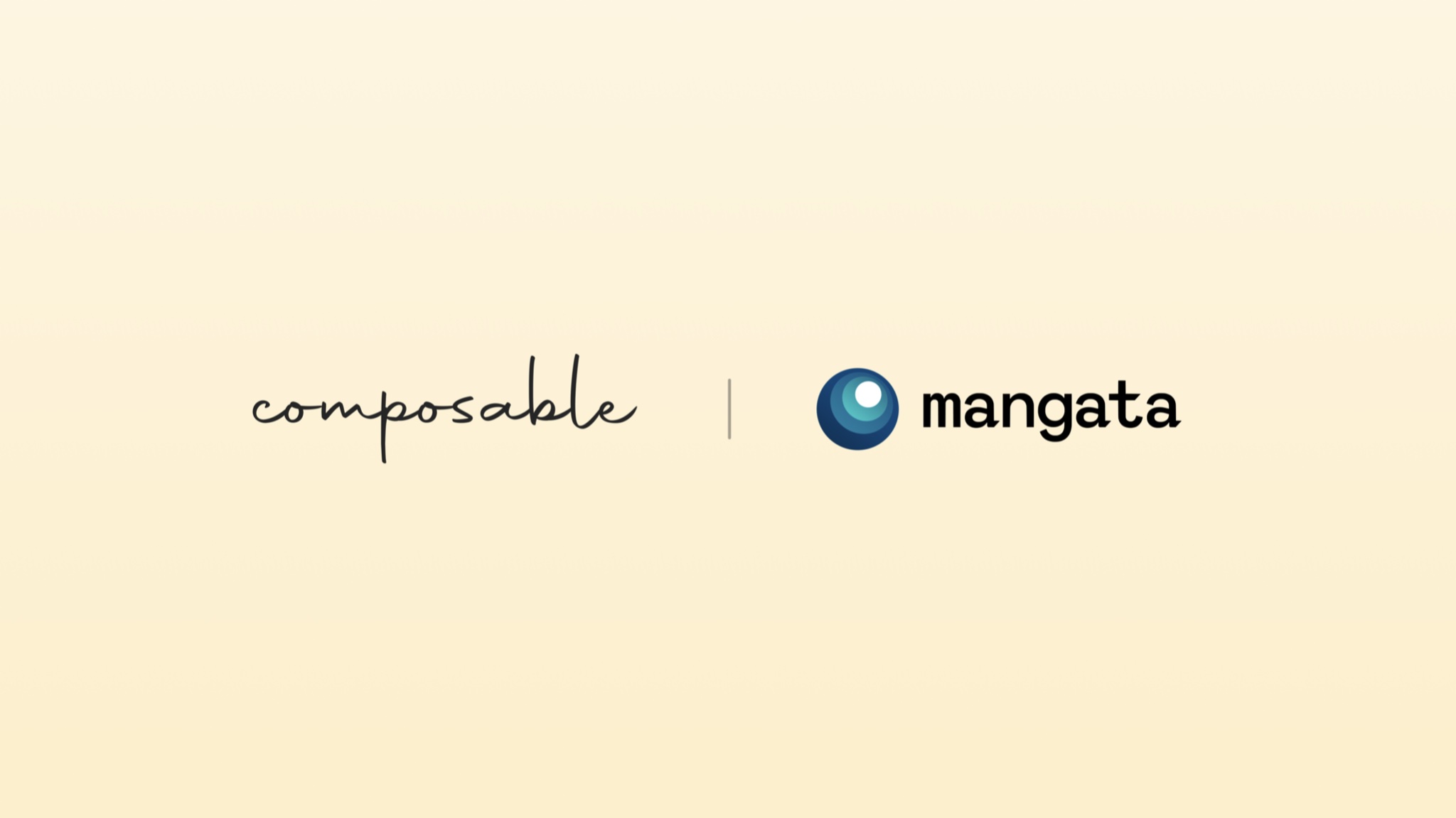 Mangata’s core strategy is to be a DEX parachain that bridges the Ethereum and Polkadot ecosystems. To accomplish this goal, we need to build our protocol on a Polkadot parachain, which requires going through a parachain auction. Besides the traditional approach of crowdloaning, there are new and superior cross-chain approaches that allows funds to be allocated from the Ethereum ecosystem towards parachain procurement.

Composable Finance is directly aligned with our mission to bridge Ethereum and Polkadot, with their Parachain Vault Strategy allowing liquidity providers to get exposure to DOT or KSM. We believe that Composable is one of the first of its kind, paving the way in parachain procurement strategies in addition to cross-chain and cross-layer functionalities. Mangata aims to partner with every true cross-chain project that will enable liquidity flows, including Composable.

Mangata is thus pleased to be the first project using the Composable Parachain Auction Launchpad, enabling us to capitalize on Composable’s Parachain Vault Strategy.

How do the Parachain Vault Strategy and Launchpad work?

Recently, Composable gathered over $50 million (and growing) in its vault. This demonstrates the ability of this system to generate funds, and indicated the significant potential for Composable’s vaults to be leveraged by other parachain-seeking projects. The advantage of this approach is that this can be seen as a perpetual long-term crowdloan, where the funds are sitting in the best DeFi protocols at the same time.

In exchange for providing this strategy to Mangata via its Launchpad, Composable will charge a 0.5% fee on money raised via the vault strategy, that will then be paid by Mangata in our native tokens. This will be airdropped to Composable Token holders. 2% of these collected funds will be donated to the Polkadot Treasury.

Mangata’s Use of the Composable Launchpad:

Mangata is an automated market maker (AMM) based decentralized exchange parachain (DEX), that is to become a one-stop shop for all Polkadot assets. Mangata’s primary mission is to deliver the best experience for cross-chain trade, including quick trade resolution, no gas fees, and frontrunning protections. Through our proprietary research, we have a complete solution to eliminating miner extractable value (MEV), and intend to be the first choice for cross-chain trade in crypto.

Utilizing Composable’s Launchpad, Mangata will be able to leverage the Parachain Vault Strategy to earn DOT and KSM through Composable’s uniquely rewarding methodologies. We believe that Mangata will thus be optimally positioned to procure the parachain we need to implement our protocol.

As stated by Peter Kris, Co-Founder of Mangata, “I’m very excited to be working with Composable, because it’s a first-of-its-kind cross-chain solution between Ethereum and Polkadot. People can safely provide liquidity into market-tested DeFi protocols and at the same time get a taste of parachain crowdloans. The most unique piece is that the Composable strategy is a sort of perpetual crowdloan, that can span across months or years, and allow parachains to pay for the slot sustainably over the long-term. Mangata is aiming to bridge Ethereum and Polkadot, so we’re excited to partner with every true cross-chain solution.”

Composable Finance is eager to be helping Mangata and other protocols along their paths to parachain procurement, an essential step in the development of these protocols.

Composable CEO, Cosmin Grigore, says “Projects are not only about the technology they bring to people, but also about the community and network that gets created around them. We have launched a new and creative way to participate in parachain auctions. However, instead of just using it for our own purposes, I believe sharing it will bring a greater benefit to the ecosystem. We’re in for long lasting relationships with our partners, and that’s why we chose Mangata as our first project that will leverage the Parachain Vault Strategy launchpad solution. I hope this helps them to achieve their project goals, since a DEX protected against frontrunners and without MEV will be highly appreciated by anyone in the industry.”

More details about Mangata’s vault design and availability will be released at a later date, as well as the APY and how many tokens of the Mangata protocol will be allocated to this strategy. We will also be announcing new partnerships supporting our core mission to become the number one DEX in the crypto ecosystem.