The growth of the Polkadot ecosystem has made it clear that many of the market’s chains are plagued by unfair front-running practices, rising fees and slow settlements, causing significant losses. As the industry continues its scalability narrative of faster and efficient base layers, these ever-present setbacks need to be addressed.

Mangata Finance is a Polychain Capital-led solution built upon the belief that Polkadot traders should not fall victim to these problems. To achieve its mission, Mangata Finance is creating the go-to protocol for Polkadot-based traders and liquidity providers, opening the floodgates to profitable trading and investing opportunities.

Polkadot’s key value proposition is its interoperability, a much-demanded characteristic that the market has been lacking thus far. On this note, it only makes sense that Mangata launches a multi-purpose decentralized exchange that leverages Polkadot’s many benefits to become a parachain. Mangata is both a blockchain and a DEX that will be connected as a parachain in the Polkadot ecosystem.

Interoperability is not taken lightly either. Thanks to the DOT-ETH bridge developed by Mangata, DEX-traded assets are seamlessly migrated on-demand between the two ecosystems.

Lastly, the decentralized finance market is also prone to flash loan attacks and price oracle manipulation. Since Mangata only entails AMM functionalities, it does not make use of risky smart contracts that can be exploited. 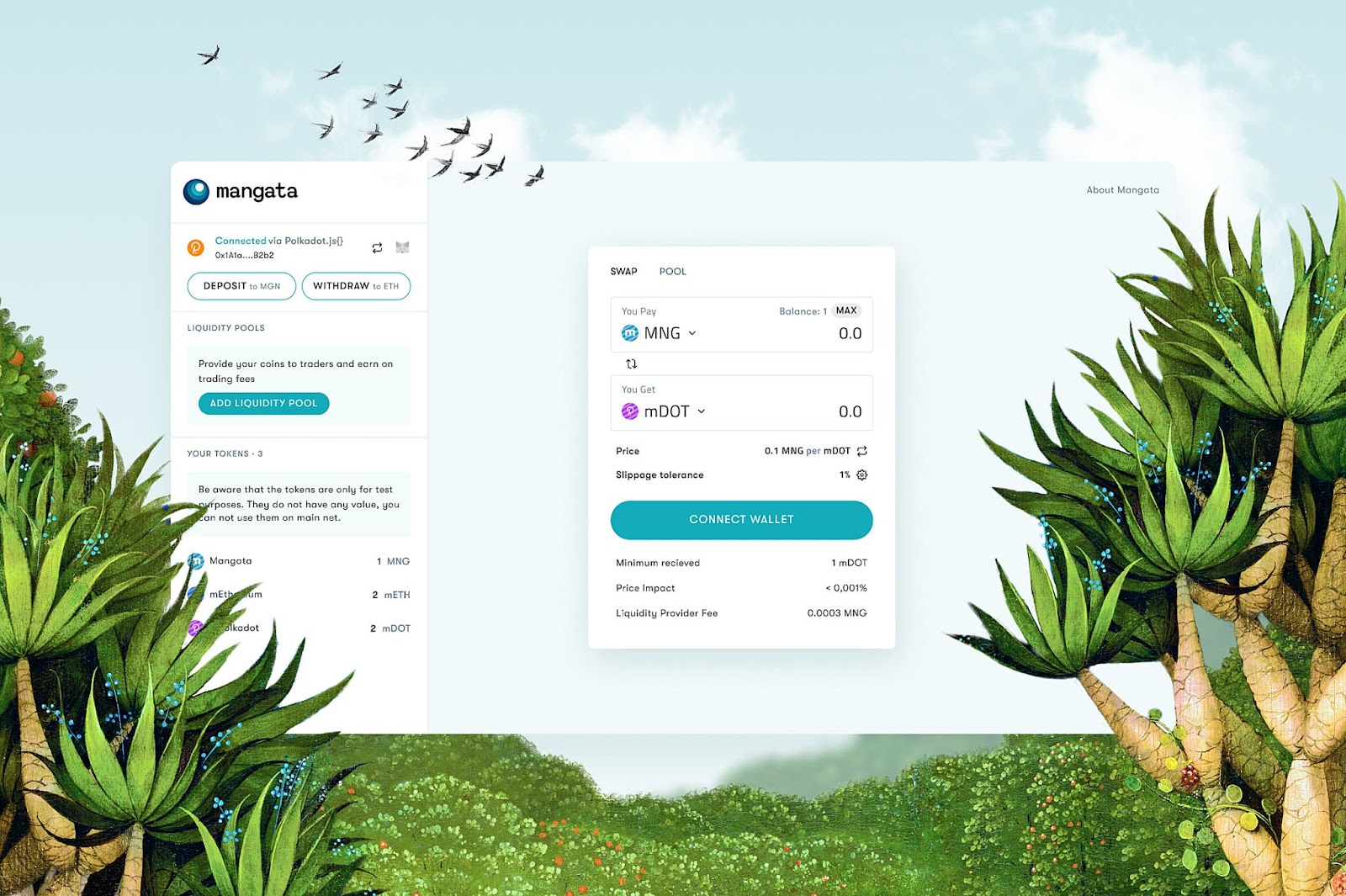 Rising transactional fees act as an entry barrier to smaller players looking to join the DeFi realm. Most DEXs entail the payment of two separate fees for all trades: one for the network and one for the trade itself. Mangata does not charge a network fee; users only have to cover the fixed fee per operation, which leads to significantly lower costs that will be highly leveraged by algorithmic bots as well.

As a result of the solution proposed by the Mangata research team led by chief technology officer Gleb Urvanov, the innovative fee structure effectively prevents users from front-running transactions by paying higher network fees. Miner-based front-running (also called miner-extractable value) is also minimized through custom consensus that guarantees random ordering and timestamping of transactions. This way, transactions cannot be rejected or reshuffled. The front-running prevention system makes it easier for people to invest in emerging crypto assets whose prices would have otherwise been influenced by sophisticated bots or exploited by miners. 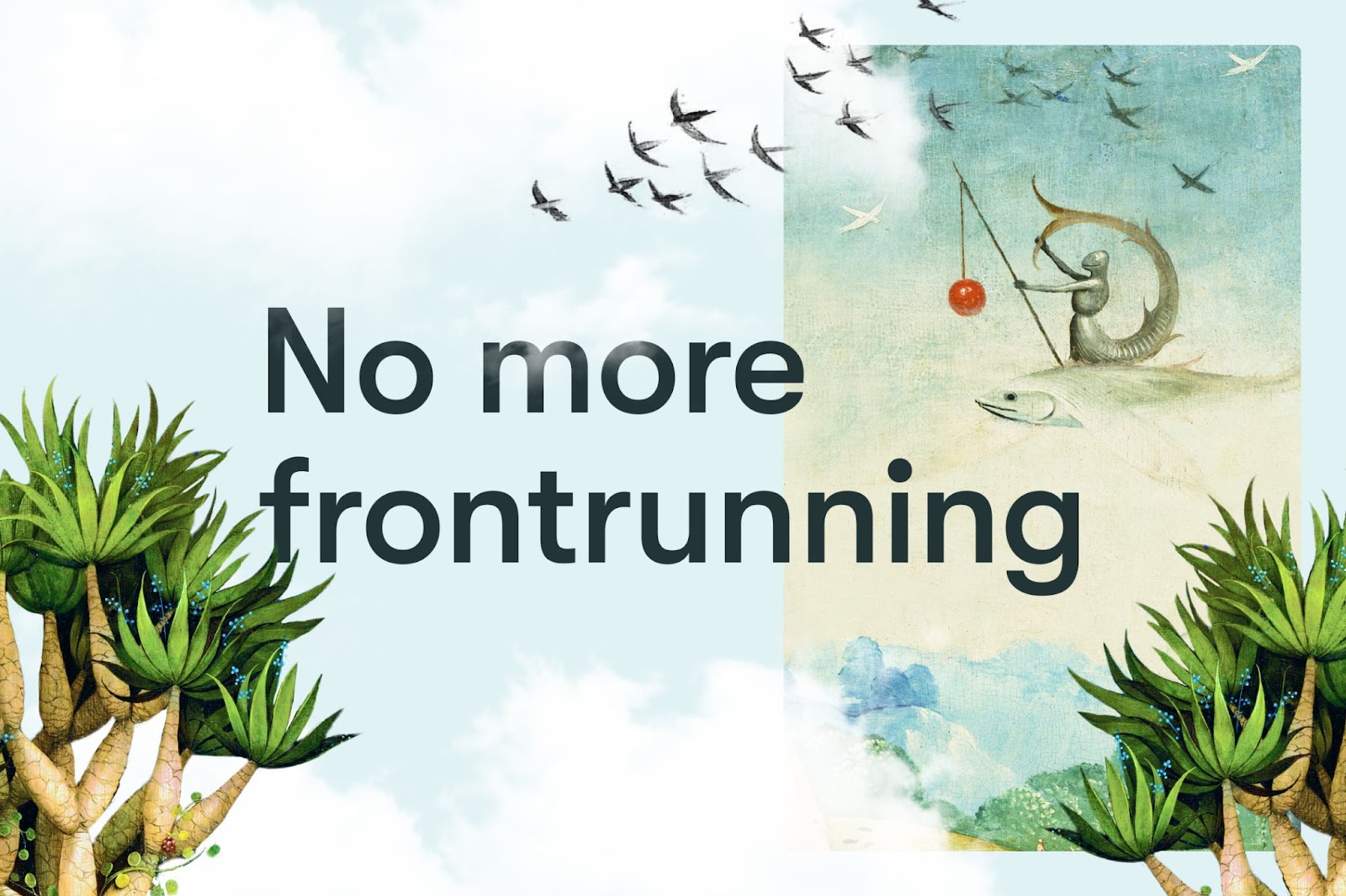 “Mangata is the best-positioned protocol, being cutting-edge in research and development, that will solve trading UX, costs and front-running problems. With the industry’s top investors, this team has the best support to build a successful product.”

“I’m really excited about what Mangata is building. It’s leveraging the full-stack capabilities of Polkadot and Substrate to bring a cheaper, faster and more fair trading experience to its users. With bridges to various other blockchain ecosystems and strong token incentives, Mangata could become a valuable source of cross-chain liquidity for both traders and liquidity providers.”

Currently, Mangata has raised $1.4 million in equity and tokens, with its key backers including Polychain Capital, IOSG Ventures, Altonomy, CMS Holdings, TRGC and angel investors, such as Ricky Li, among others.