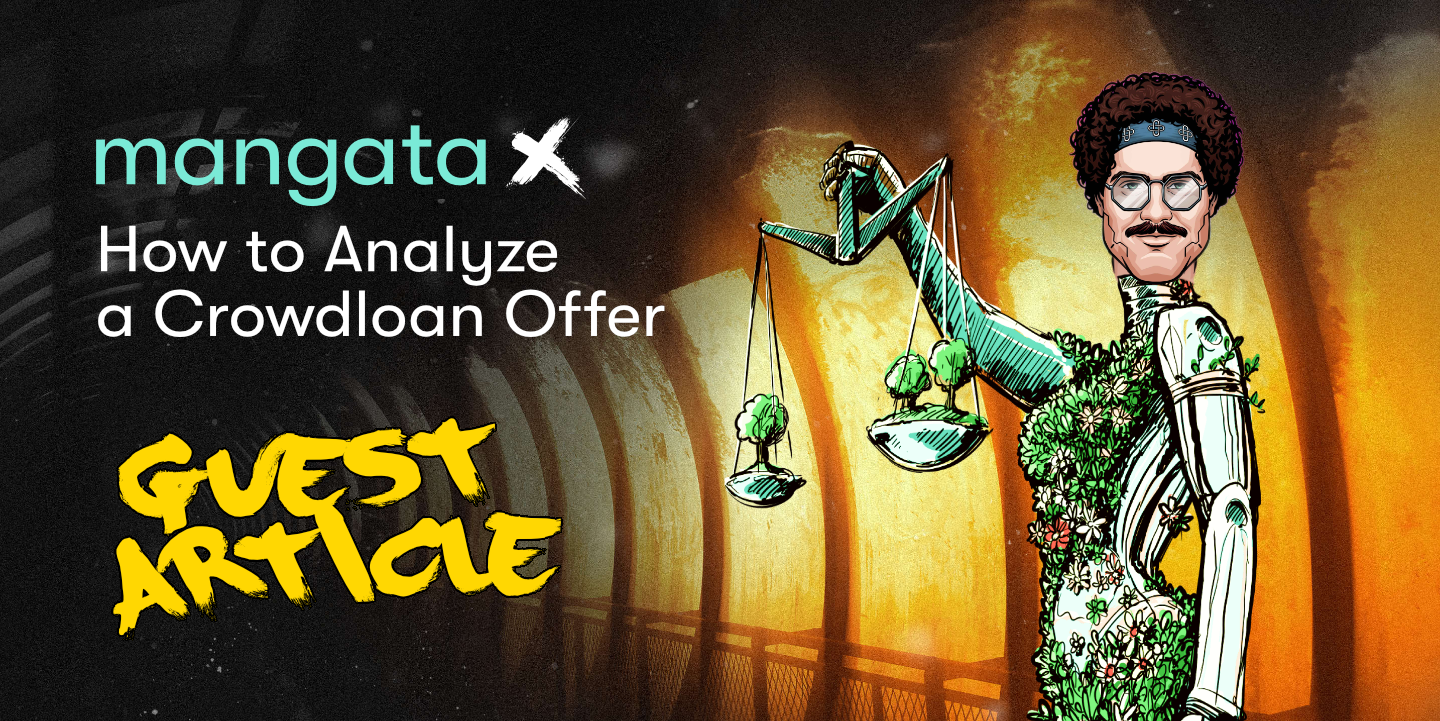 Crane is a Dotsama community member who analyzes the Crowdloan offerings of different Parachains. He recently wrote a review of Mangata X that put our crowdloan & tokenomics in a very good spot.

We asked Crane to share his method with us and he agreed to write this guest article. We also invited him to Mangata Monday and will link to the recording in the beginning of the article.

How to Analyze a Crowdloan offer

Deciding to contribute to a crowdloan can be a bit complicated. Investors have “influencers” telling them that the project is the best one ever; changing rewards and numbers at different projects; and token allocations with sometimes thin explanations and different vesting and lock up times for different groups.

To sift through all this information before investors contribute to a crowdloan requires some due diligence. There are basically three questions investors need to answer to make an informed decision about contributing or not. These three questions are:

In this article I will explain to you how to answer the last two questions. Both these questions are quantifiable via hard numbers, whereas the first question requires you to assess and rate that for yourself.

In this new iteration of my crowdloan reward rating I extracted question 1 from question 2 to make the results more comparable. I deducted all price action from the rating and looked at percentage of token ownership per contributed KSM only. This way you’ll end up with a clear number which has no speculation in it and makes comparisons against other projects possible.

You basically only need three simple equations for this category:

z is your score for this project which you can compare against the score of other projects.

[For better readability you can multiply the results times 10.000 to get a more readable result]

For example, the well beloved $MOVR crowdloan that everyone touts as the best only scores 38.41 out of 100 possible points. Although a high crowdloan allocation in the tokenomics were offered, Moonriver couldn’t introduce a low KSM hard cap because of the competitiveness of the earlier Parachain slots, which meant the token ownership per $KSM got heavily diluted. A rating of 38.41 points translates into rewards of 0.259% of all project tokens after 1 year per 1000 KSM.

Let’s compare this against the record breaking Mangata X crowdloan. Mangata X was in the comfortable situation of setting a really low KSM hard cap. This meant that contributors got 0.66% of all project tokens after 1 year per 1000 KSM contributed in the crowdloan. With such a high allocation Mangata X sits comfortably at the top of the crowdloan rating with a score of 100 points.

[Note: The highest rated project always gets 100 points and every other project will get compared against it.]

My rating system for the tokenomics of a project that wants to score a Kusama Parachain slot consists of six categories that all carry a different risk/opportunity profiles. The six categories are:

While analyzing these categories with a lot of knowledgeable people in the DotSama ecosystem, I gave these risks and opportunities specific factors to show their value to the tokenomics of a project.

Let’s have a look at what makes the opportunity and risk by the example of two different categories “Liquidity Provision / Staking” and “Tokens in Circulation”.

For Liquidity provision / staking it’s pretty clear. A high allocation in this category will give you the chance to put your tokens to work and earn some extra yield, instead of your tokens just sitting there idling. It will give you a different path to choose from in order to find the optimal solution for your personal situation. A high allocation in the tokenomics to these categories doesn’t come with the risk of people dumping their tokens. All tokens here need to be earned over time. A rug pull via this category should be not possible. Because of this, the opportunity this category brings is the highest of all categories with 100% and barely no risk is associated with it.

The second example category is “Tokens in Circulation.” Projects that are already live before winning the Parachain slot have a percentage of their tokens already in circulation, compared to projects that will create their first tokens at TGE after they are onboarded as a Parachain (e.g. Mangata X). This comes with a lot of risks and opportunities. The obvious risk is the ability for existing holders to sell their tokens into the buzz generated from winning a Parachain slot. Although I would categorize these kind of investors as OG-holders who bought the tokens before the project won a Parachain slot, they are more missionary than mercenary. This means that these missionaries won’t get as large a return in the tokenomics compared to mercenary capital which are investors who provided capital through seed funding or pre-sales.

Once this potential dump is out of the way and the price stabilized, a large circulating supply is very positive in my view. There will be less selling pressure from fresh unlocks and even nominal big sells (and buys) won’t create huge spikes because of thin liquidity. This means the token price can enter a healthy price discovery.

The individual allocation of each category multiplied by the opportunity and risk metrics will leave you with a certain value. You can compare this value with the value of other projects in order to get a mathematical ranking. Although not as unspeculative as the crowdloan reward, because I determined the opportunities and risks myself, this category is good to quantify as well.

After rating all Parachain slot winners and most of the contenders on these two ratings I created a scatter plot to map them on an easy to read graph. I want to emphasize once more that this scatter plot is not trying to show future performance, which is not properly quantifiable in a serious way without speculation. 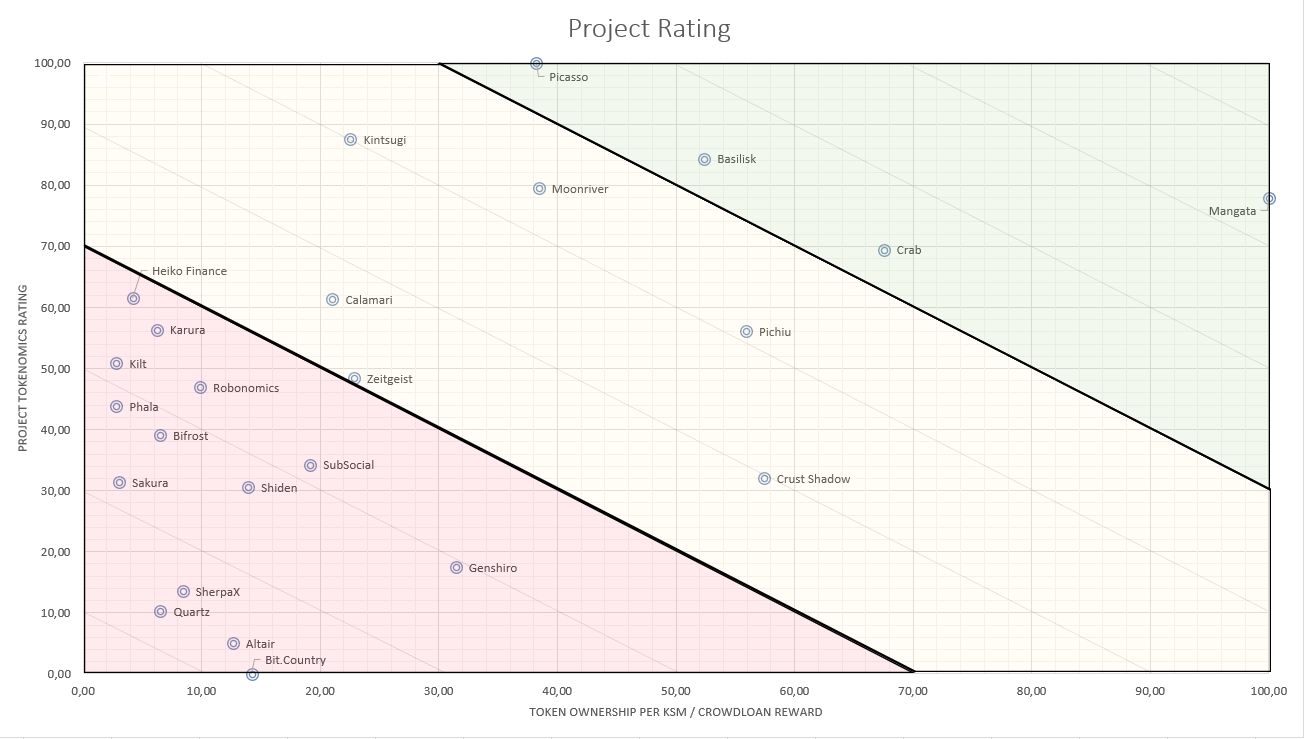 From a tokenomics and reward standpoint contributing to a project in the green zone is an absolute no brainer. With these projects you will always come out on top no matter the market situation. An outlier like Mangata X, for example, allocates crowdloaners with such a high reward that the investors get their initial KSM back at a valuation of just $5m.

Projects in the yellow zone have either good crowdloan rewards or good tokenomics or a medium mix of both. It is worth investigating these projects and think about how they might perform. The perfect example in this category is Moonriver. Although missing the green sector, Moonriver created immense value at all-time highs for its holders.

Projects in the red zone should normally not be considered from a ROI perspective in my view. It does not mean that the project is bad or that the rewards are really small, but that there are better projects from both tokenomic and reward standpoints. Of course, you should always consider your investment thesis before ruling a project out, but any project in the red zone needs to perform considerably better than their counterparts to get the same returns with such flaws in their tokenomics and reward structure (this is not likely and would be an outlier).

A Closer Look at Mangata X

Mangata X is an outlier in terms of crowdloan rewards and tokenomics. With the highest token ownership per $KSM, Mangata X takes the first place by a big margin for crowdloan rewards. Due to the massive lead Mangata X has over all other projects, their score declines. This stems from the fact that the crowdloan rating is relative and gets compared to the winner in this category, who automatically gets a score of 100. This means the highest score a project can get is 200 (100 + 100) and the lowest is 0 (0 + 0).

Despite Mangata X not achieving the highest score in the tokenomics rating—due to the early backers / VC investors behind the project—Mangata X has the highest allocation in LP provision and validation rewards. This is the category I focus on for every project I want to analyze. This category directly means that your tokens can be put to use in some way and are not idle. A consideration not be neglected is the impression this utility has on people who didn’t buy invest into the project yet and what positive buy pressure this can exert from these potential investors. 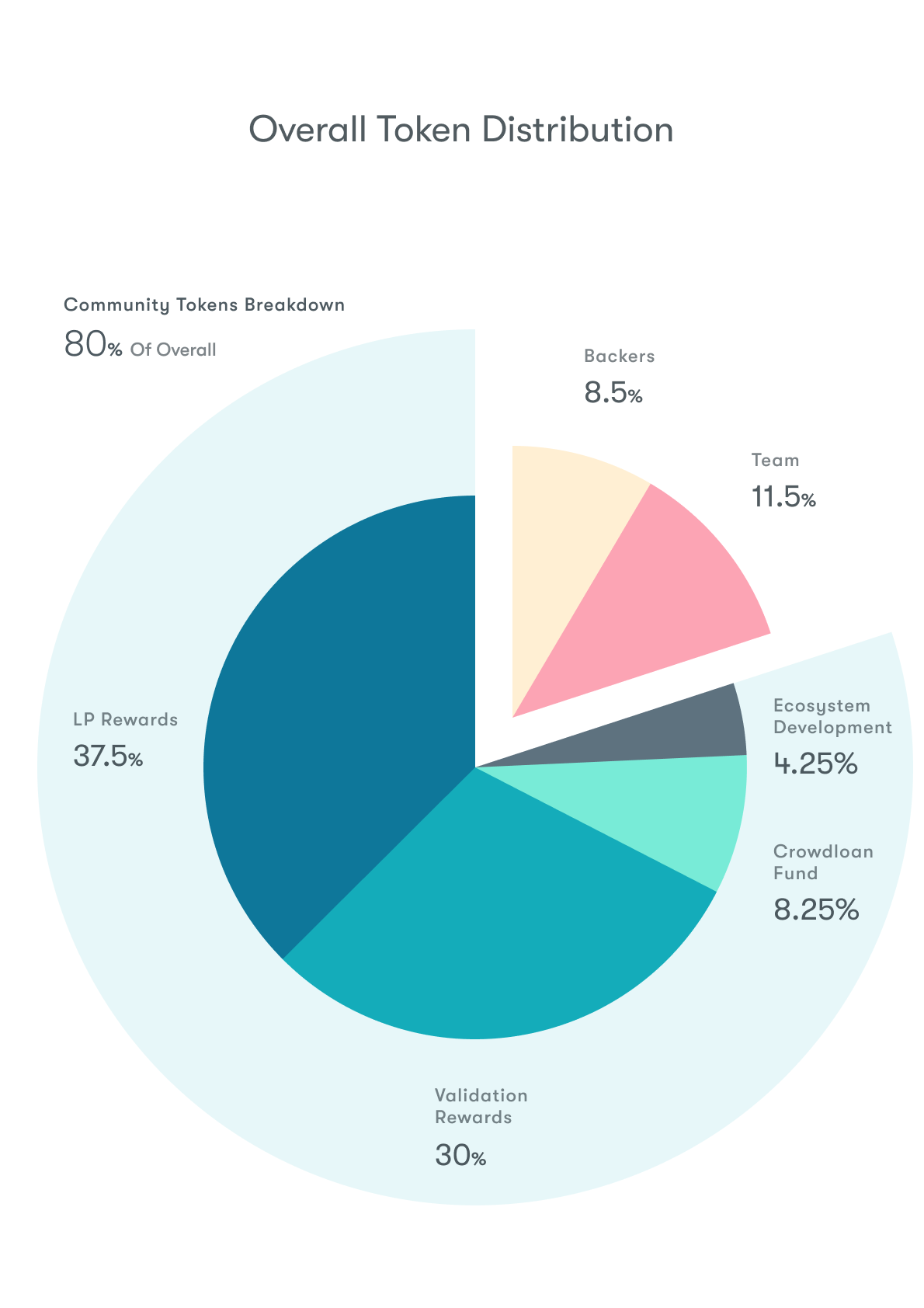 Mangata X brings something different to the table here. In the 5-year tokenomics 67,5% are reserved for liquidity provision and validation rewards. The 37,5% for providing liquidity are available for every liquidity pair which will be available. To get a piece of the 30% for validation rewards you need to have $MGX tokens. All this sounds familiar so far. LP farming and Proof of Stake are not new concepts to most investors. Additionally, Mangata X mixed things up with using Proof of Liquidity (ProLiq) to validate the network, instead of Proof of Stake. This means that to stake your $MGX they need to be in the form of an LP-token. This has two massive effects:

First the protocol increases its liquidity with the need of users to provide LP-token for staking, instead of decreasing liquidity with the old Proof of Stake concept where the protocol native tokens are staked away to validate the blockchain. Second, owners of $MGX don’t need to evaluate between securing the blockchain or providing liquidity and what would be economically more beneficial to their stack. Instead, they will get the best out of both worlds and double rewards. 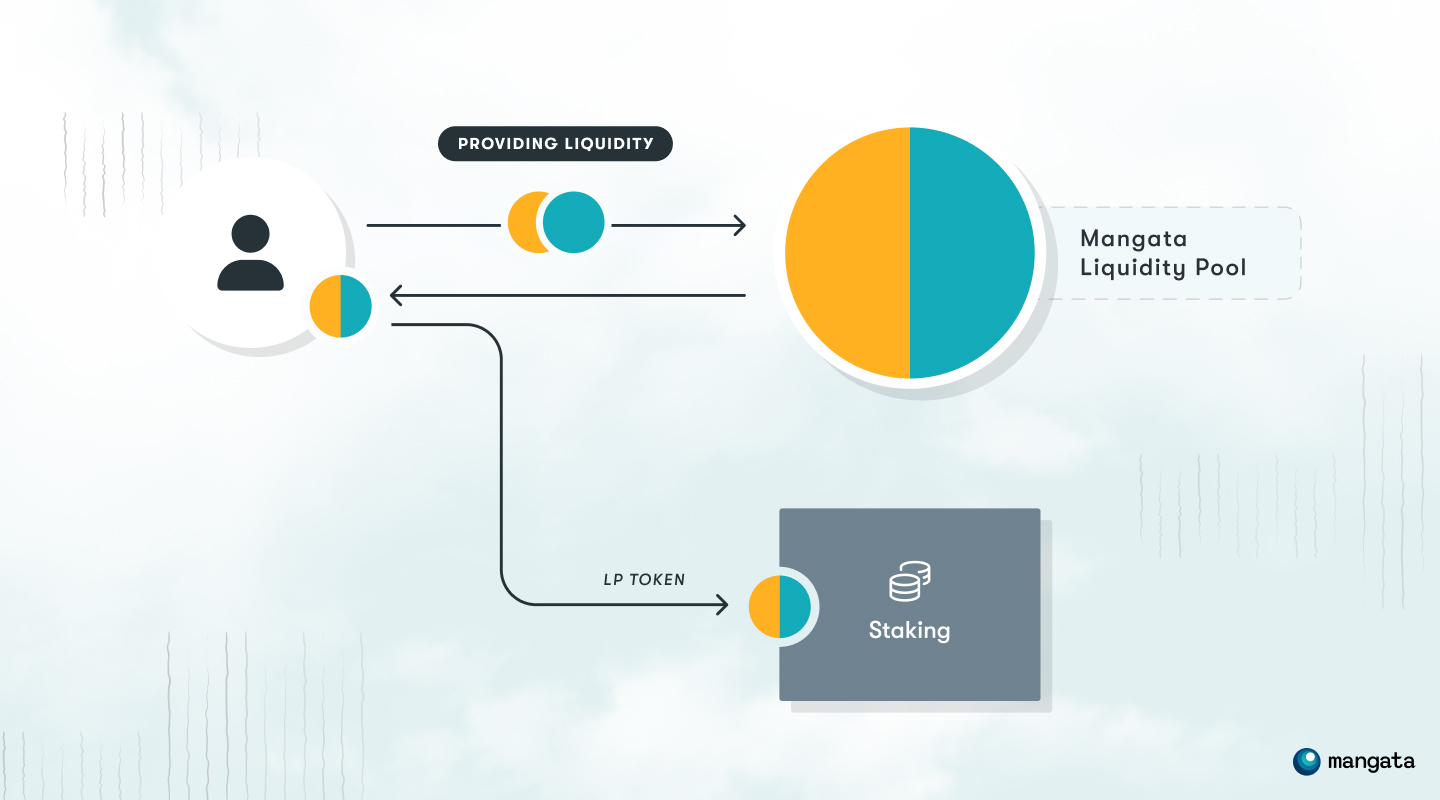 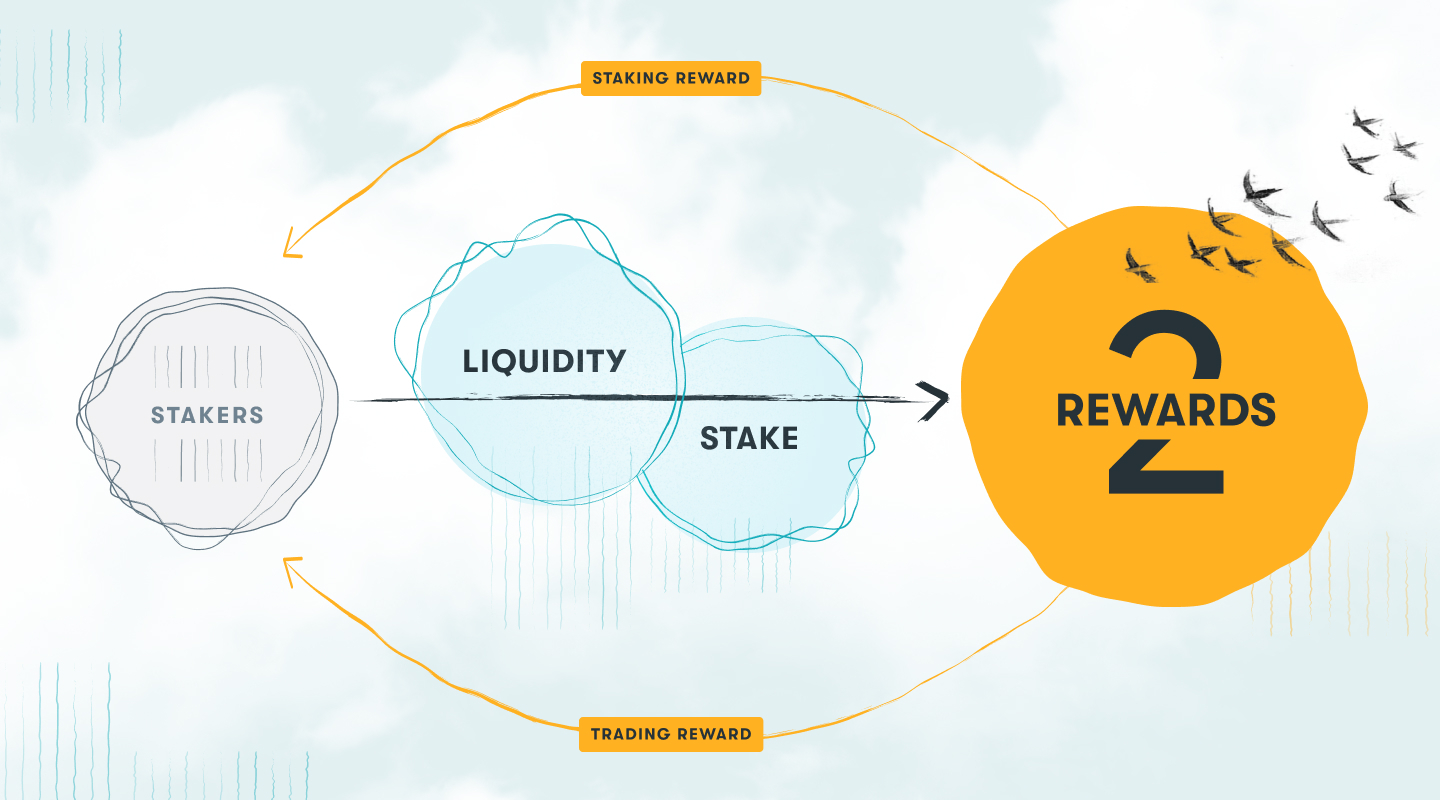 In conclusion this means you should always ask yourself the aforementioned questions as a bare minimum before contributing your KSM to a project. When you find projects with interesting aspects of the tokenomics as Mangata X’s Proof of Liquidity for example it is always worth to take a deep dive and see if these untypical concepts can give you an edge for your ROI compared to other “typical” projects. What you should always keep in mind is that tokenomics and token ownership are just two variables out of 3 variable calculation where the last variable is hard to quantify beforehand and can only be speculated about it.

What your main goal should be is to find the project which offers the best score for tokenomics and crowdloan rewards so you have a solid foundation going forward to do realistic speculations about project performance. With this formula you most certainly find solid projects where you gladly contribute your KSM to.

Make sure to stay in the loop!